It was right to react to the Corona crisis and take out loans to mitigate the crisis. However, debts are always a burden for future budgets and generations. Therefore, politicians must promptly comply with the debt brake again and ensure balanced budgets without additional burdens for society and the economy. The sound fiscal policy pursued in the aftermath of the financial and debt crisis left Germany capable of acting in the Corona crisis. This must once again be the goal of fiscal policy.

The BDA expressly supports a fiscal policy that is fair to all generations. The sovereign debt crisis made it clear that stable public finances are the indispensable basis for growth, prosperity, intergenerational justice and the ability to act in the next crisis. In this sense, the "Corona debt" must also be paid off. A growth-oriented economic policy, but also consistent spending discipline, will contribute to this. However, shifts at the expense of social security or future generations are the wrong way to go. 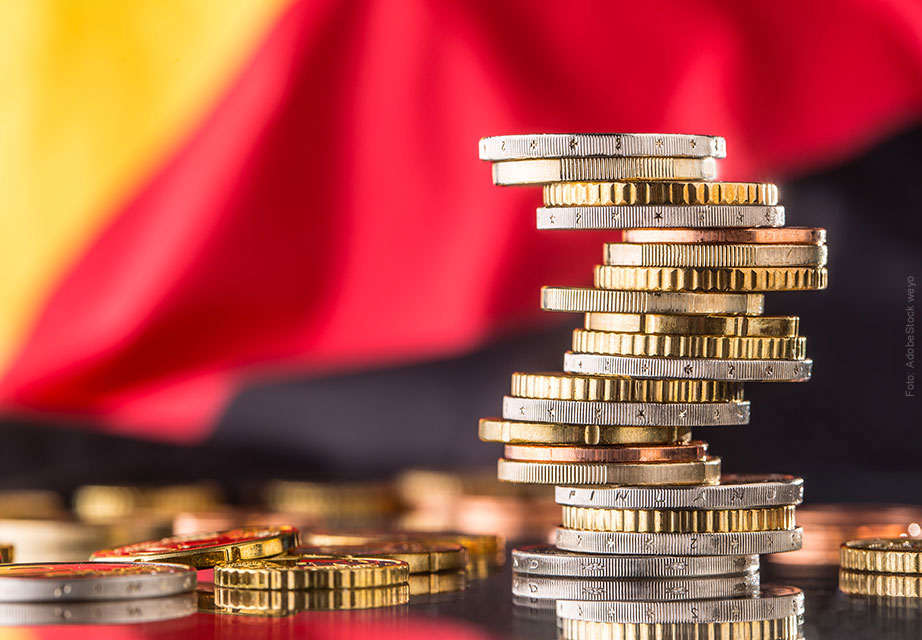 It would be wrong to try to achieve fiscal consolidation by cutting government investment. Such a strategy would be short-sighted and counterproductive, because it would damage growth prospects and thus the state's revenue base. For some time now, Germany has been living at the expense of its substance, as a result of which the public infrastructure, which has hitherto been above average in many areas, is increasingly suffering.
Sustained compliance with the Maastricht ceiling requires an economic policy that is consistently geared to growth. Correctly, the Federal Government already increased its capital expenditure before the Corona crisis and with the supplementary budgets in 2020 it rose to a high level of €71.3bn. Looking ahead, the current financial plan up to 2024 speaks the right language: in the period between 2021 and 2024, the Federal Government's investment spending is to amount to just under €200 billion.

In the draft federal budget for 2021, more than every second euro is earmarked for social spending. Politicians must not continue to hand out election gifts, but need to set the right priorities for spending. In addition, the federal government must not continue to withdraw from the financing of social security. In particular, the financing of non-insurance benefits, as a task for society as a whole, must not be financed through contributions. This increases non-wage labour costs and is thus a burden on the labour factor that inhibits employment.
When the economic recovery sets in, Germany's public finances will not have a revenue problem: in 2019, the tax ratio, at 24%, was at the highest level in reunified Germany, tax revenues rose more strongly than economic output and, despite the crisis situation, the latest tax estimate continues to expect a medium-term increase in tax revenues. Starting from 2020, revenue will increase by more than € 11 billion to around € 883.2 billion by 2024. In addition, the federal government has an unused reserve of €48 billion. It would therefore be wrong to jeopardise the upswing by raising taxes or levies.

The call for subsidy reductions is a perennial one. They are not only expenditure items in the budget, they usually also have harmful consequences: Subsidies distort prices and thus competition; encourage misallocation of resources; can reduce incentives to make necessary adjustments and thus delay necessary structural change. However, not every subsidy is detrimental to competition and growth, as the start-up promotion of new growth-promoting or basic technologies shows. Therefore, there is no need for a blanket reduction in subsidies, but rather a targeted reduction. 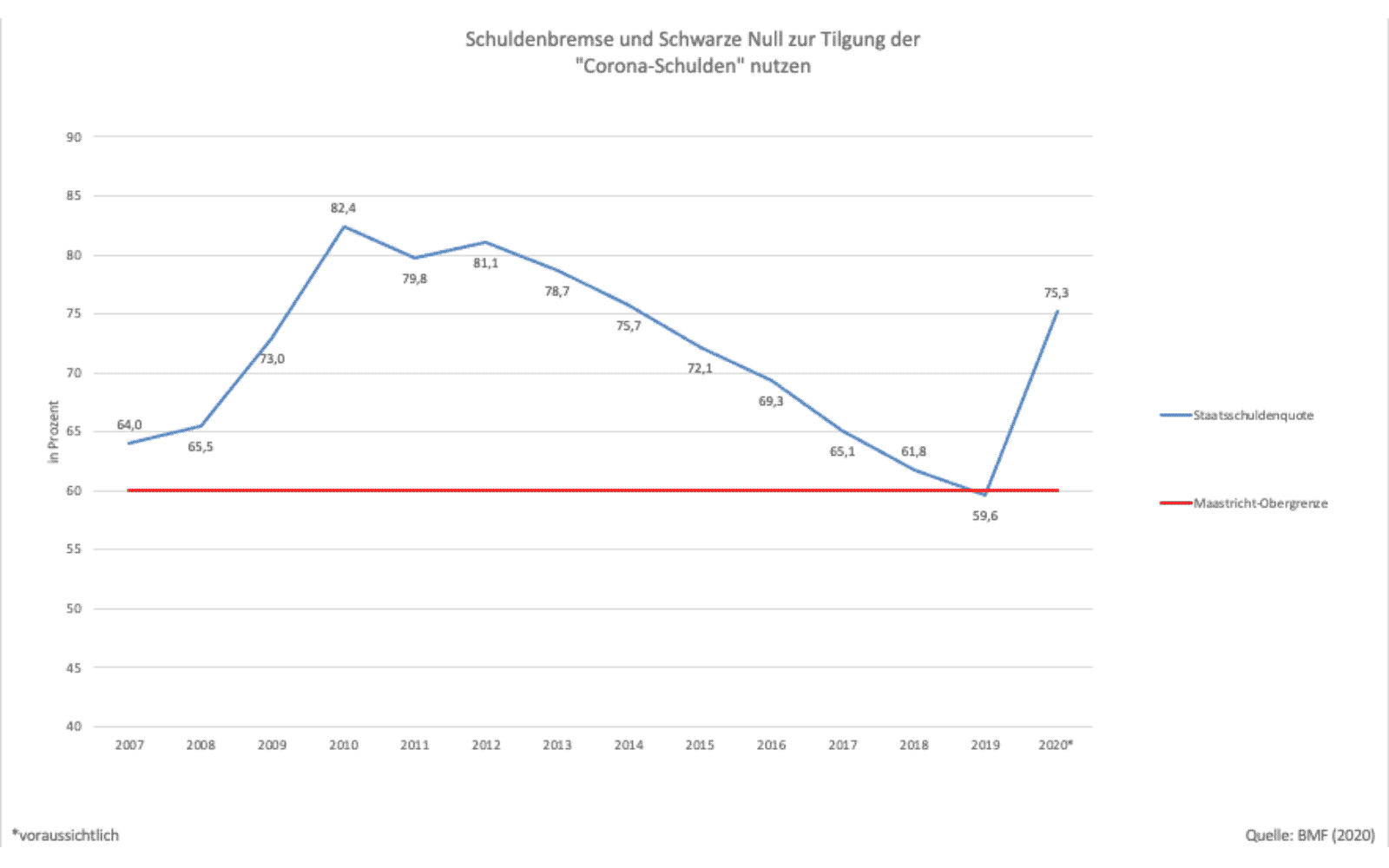 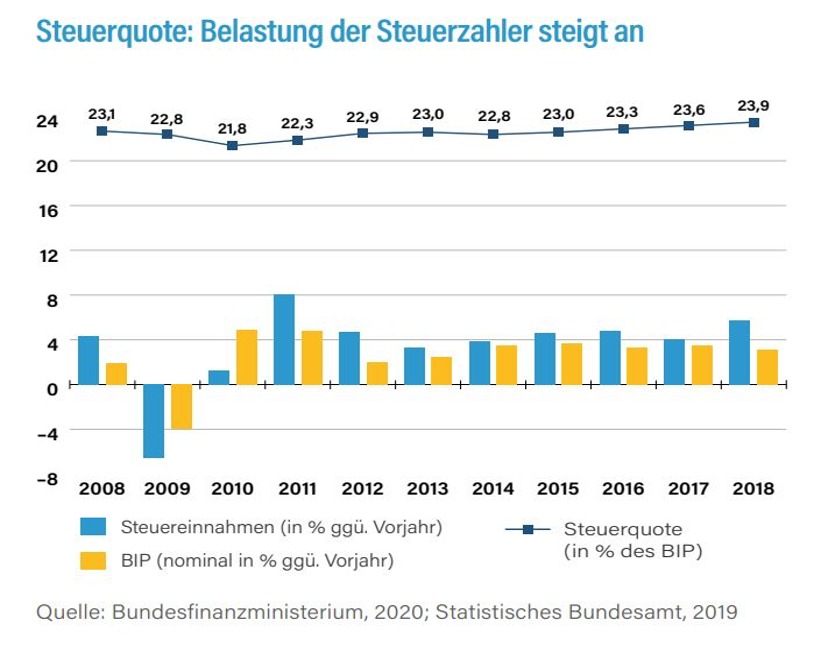