Digitisation, technology and climate change - STEM skills are the key to the future 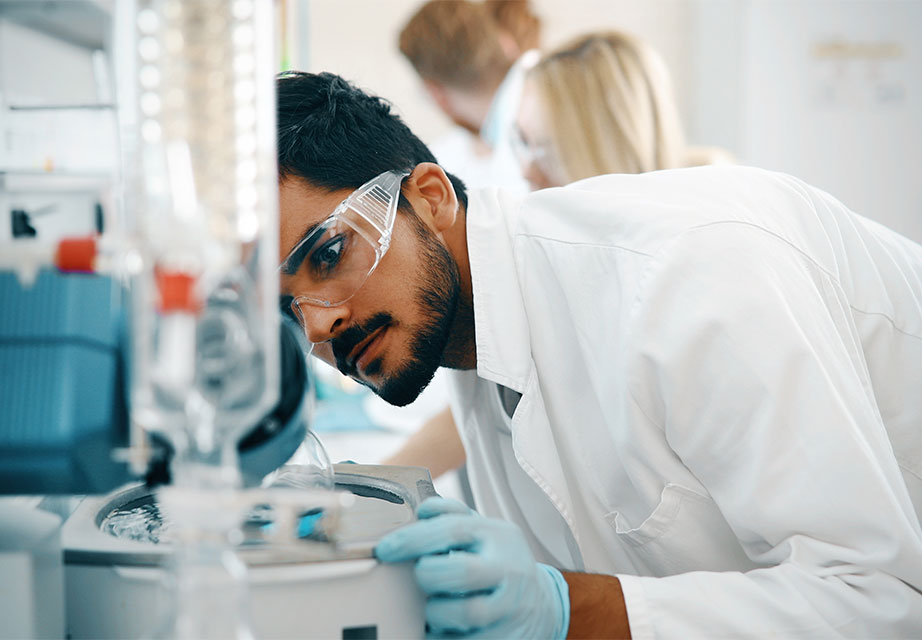 Skills in mathematics, information technology, natural sciences and technology (MINT) are central to meeting the challenges of the future. Almost all key industries need qualified specialists and managers with an understanding of mathematical, scientific and technical contexts and a corresponding IT competence. A shortage in these areas endangers Germany as a business location.

The already existing shortage of workers with scientific and technical qualifications is impairing the innovative capacity of companies in Germany. Although the STEM skills gap (the difference between the number of reported vacancies and the number of reported unemployed in the STEM segment) has narrowed considerably during the pandemic-related crisis, the number of vacancies still significantly exceeds the number of skilled workers looking for work (STEM gap in October: 108,700). This affects the IT sector in particular, but also, for example, the construction industry and electrical and energy occupations. There has been a particularly sharp decline in metalworking and in mechanical and vehicle engineering - in each case in production. In research and development, on the other hand, the decline is comparatively small. However, long-term employment trends are also evident: the number of IT professionals more than doubled between the end of 2012 and the beginning of 2020. Among academic occupations, the increase in the IT sector was even significantly higher at 87.9 %. There were also significant increases in parts of engineering. STEM professionals are therefore still in urgent demand, even during the crisis.
The extent of the need for STEM professionals is also illustrated by the fact that the proportion of STEM employees aged 55 and over among all STEM employees has risen continuously in recent years. At the end of 2012, this share was 15%, and at the end of March 2020, it was already 20%. The employment of foreign workers also grew disproportionately between the end of 2012 and the beginning of 2020, at just under 55%, whereas the share of Germans in STEM specialist occupations remained constant over the same period. In the area of specialists, the growth among foreign employees was even just under 74 % and in the area of academics as much as 124 %. The growth among Germans was much lower at 8% and 29% respectively. Without qualified immigration, the demand for STEM specialists can no longer be met.

Women are still significantly underrepresented in STEM professions at 15.3%, even though the number of women employed in this field subject to social insurance contributions increased by almost 23% from the end of 2012 to the end of March 2020. The BDA is therefore actively involved in the National Pact for Women in STEM Professions. Gender-neutral career and study orientation is also central, as supported by the "stereotype-free" initiative, in which the BDA is also involved.

However, the foundation for more STEM professionals must be laid early on. All students must acquire sufficient basic skills in mathematics and science. In addition to mathematics, two science/technology subjects or computer science should be compulsory throughout until graduation. In addition, STEM teacher training and further education must be reformed (link to BDA position paper on teacher training). Application-oriented and everyday teaching must become the norm. To this end, more cooperation should be entered into with non-school partners (e.g. science centres). Policymakers and universities must also do everything they can to significantly reduce the above-average dropout rate in STEM subjects, e.g. by improving the supervision rate and offering additional bridging courses to ease the transition from school to university. In general, STEM vocational training must be promoted more strongly by expanding vocational orientation at schools.

Every six months in spring and autumn, the IW Cologne, on behalf of Gesamtmetall, BDA and the "MINT Zukunft schaffen" initiative, presents a comprehensive report on the future development of the STEM labour market and on the development of the quality and quantity of STEM education in schools and universities. In this way, the industry measures the effectiveness of its numerous STEM activities on the one hand and whether the necessary change processes have taken place and are bearing fruit in politics, schools and universities on the other.

The BDA is involved in the National MINT Forum. More than 30 institutions have joined forces there to promote education in the fields of mathematics, information technology, natural sciences and technology. The association was founded in 2012 on the initiative of acatech - German Academy of Science and Engineering and the initiative "MINT Zukunft schaffen" in close cooperation with the BDA.

PDFs on the topic