Yes, we want and we will keep these social security taxes below 40% not only for this election period, but generally and for all time to come, so that employees and employers are not unduly burdened in this area.

The contribution rate in the social security system must remain below 40 % in the future. For this reason, social benefits must not be allowed to rise more strongly than economic strength in the long term. Otherwise, massive risks will arise for international competitiveness and domestic economic development. This would have unfavourable effects on employment and would also jeopardise social cohesion and a fair balance between the generations involved. 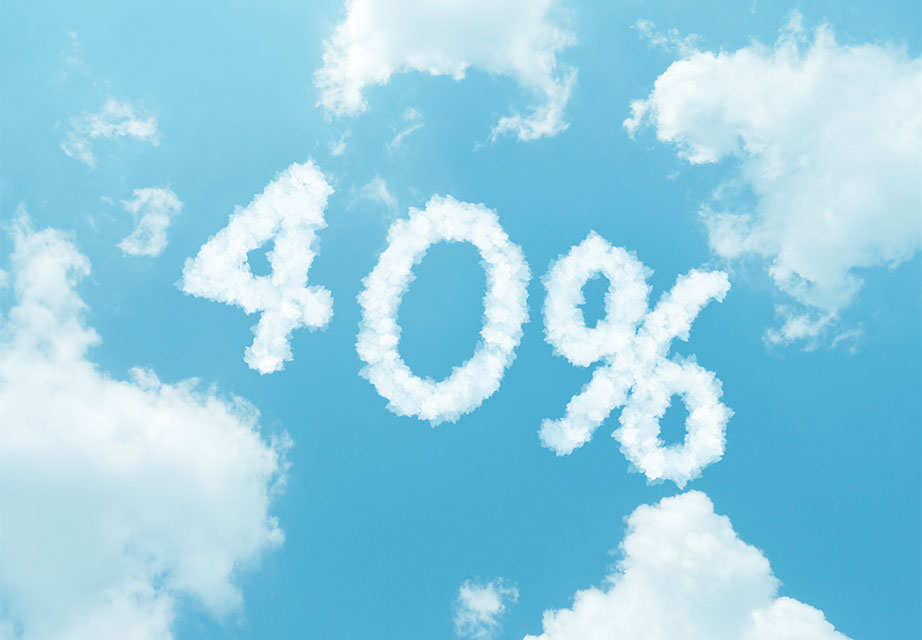 In February 2019, the Confederation of German Employers' Associations set up a commission on the future of social security

. Under the leadership of Professor Dr Werding (Ruhr University Bochum), it has drawn up proposals on how the total contribution rates of the social insurance funds can be kept below 40 % in the long term. The

Kommissionsbericht
shows that the already high burden on wages and salaries is likely to increase significantly in the coming decades. On the basis of current legislation, the contribution rate is expected to rise to around 50% (49.6%) by 2040. This would create massive risks for international competitiveness and domestic economic development with unfavourable effects on employment, and would also jeopardise social cohesion and a fair balance between the generations involved. The political goal of an upper limit of 40 % for social security contributions was not set arbitrarily, but was rather the result of experience with economic development in Germany.
The total social security contribution must not be allowed to rise above 40 % in the future, because with every increase the factor labour becomes more and more expensive for the companies. Every additional contribution rate point therefore costs jobs, as the

Prognos AG
has also shown in a study.
The Federal Government regularly asserts that it wants to strengthen and expand the competitiveness of the German economy. However, there are no measures to stabilise the future burden of social security contributions on labour.
The BDA therefore advocates - in its policy positions, statements and publications - concentrating the benefits of all branches of social insurance on a basic level of security and having individuals finance the entitlements above and beyond this themselves. This is possible without impairing social security and without financially overburdening those concerned, especially as falling compulsory contributions also create additional room for manoeuvre.
The relationship between solidarity and subsidiarity must be brought back into proportion. The community of solidarity should only step in where individuals cannot help themselves by their own efforts. A stronger emphasis on the principle of subsidiarity not only creates more fairness in performance, but also keeps the welfare state financially viable in the long term.

Funds totalling €1,099.7 billion were raised to finance current and future social benefits in 2019, i.e. before the Corona crisis, 3.7% more than in 2018. In relation to GDP, which rose by 2.7% in the year under review, this results in a significant increase of 0.5 percentage points in the social benefits ratio, which now stands at 30.3% of GDP.
This development is particularly worrying because the figures for the social budget do not even include the Corona crisis, which will lead to a further divergence between social spending and economic strength. On the contrary, the welfare state had already grown disproportionately before the current crisis - and this despite a long upswing and record employment. It is all the more important now that solidarity and subsidiarity - with a view to a sustainable and generation-appropriate policy - be brought back into an appropriate balance.

Links and PDFs on the topic 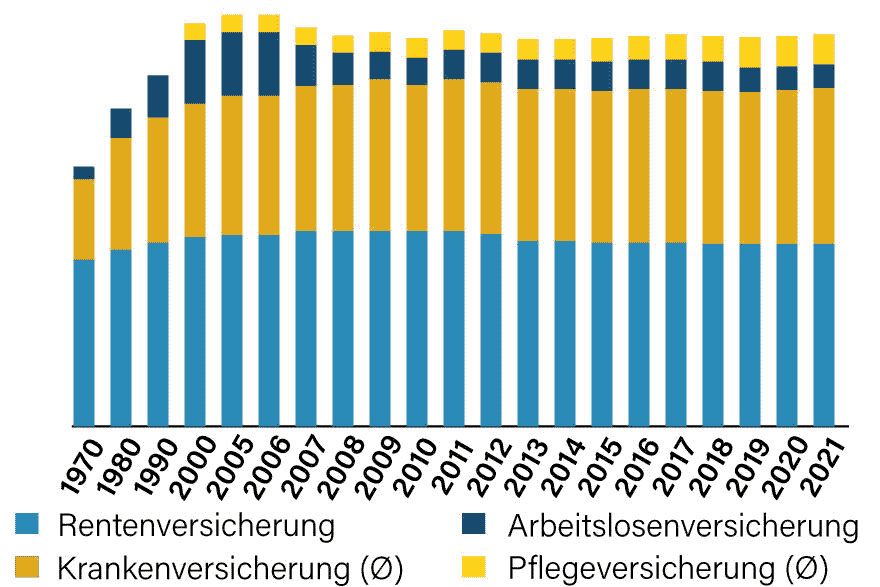 Employers contribute most to the financing of the German welfare state:
According to the federal government's social budget, the employers' financing share of all social benefits was 34.8%, higher than that of the state (32.8%) and higher than the social contributions of the insured (30.9%). Thus, employers already bear the highest cost burden.