In February 2019, the Confederation of German Employers' Associations set up a commission on "The Future of Social Security: Permanently Limiting the Contribution Burden "*. Under the leadership of Professor Dr. Werding (Ruhr University Bochum), this commission has developed proposals on how the total contribution rates of the statutory social insurance funds can be kept below 40 percent in the long term. 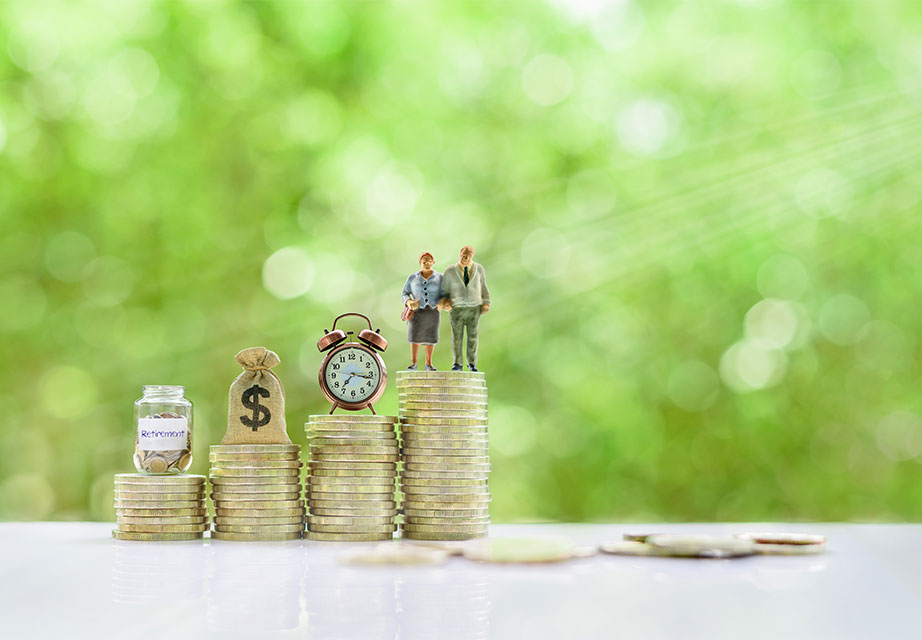 The commission report shows that the already high burden on wages and salaries is expected to increase significantly in the coming decades. On the basis of the currently applicable law, a contribution rate increase to around 50 percent (49.6 percent) is to be expected by 2040. This would create massive risks for international competitiveness and domestic economic development, with unfavourable effects on employment, and would also jeopardise social cohesion and a fair balance between the generations involved. The political goal of an upper limit of 40 percent for social security contributions was not set arbitrarily, but was rather the result of experience with economic development in Germany.
The

Bericht der Kommission
proves that it is not easy, but very possible to effectively limit the overall social security contribution to below 40 percent despite the demographic development. To achieve this, however, a consistent reform course would have to be initiated, which would also include uncomfortable measures, such as a further extension of the active working life phase. This would not only have a favourable impact on the contribution rate and security level of pension insurance, but could also have a broad impact on the finances of the other social insurance branches and on the economy as a whole.

In particular, the Commission recommends the following measures to limit social contributions on a permanent basis: 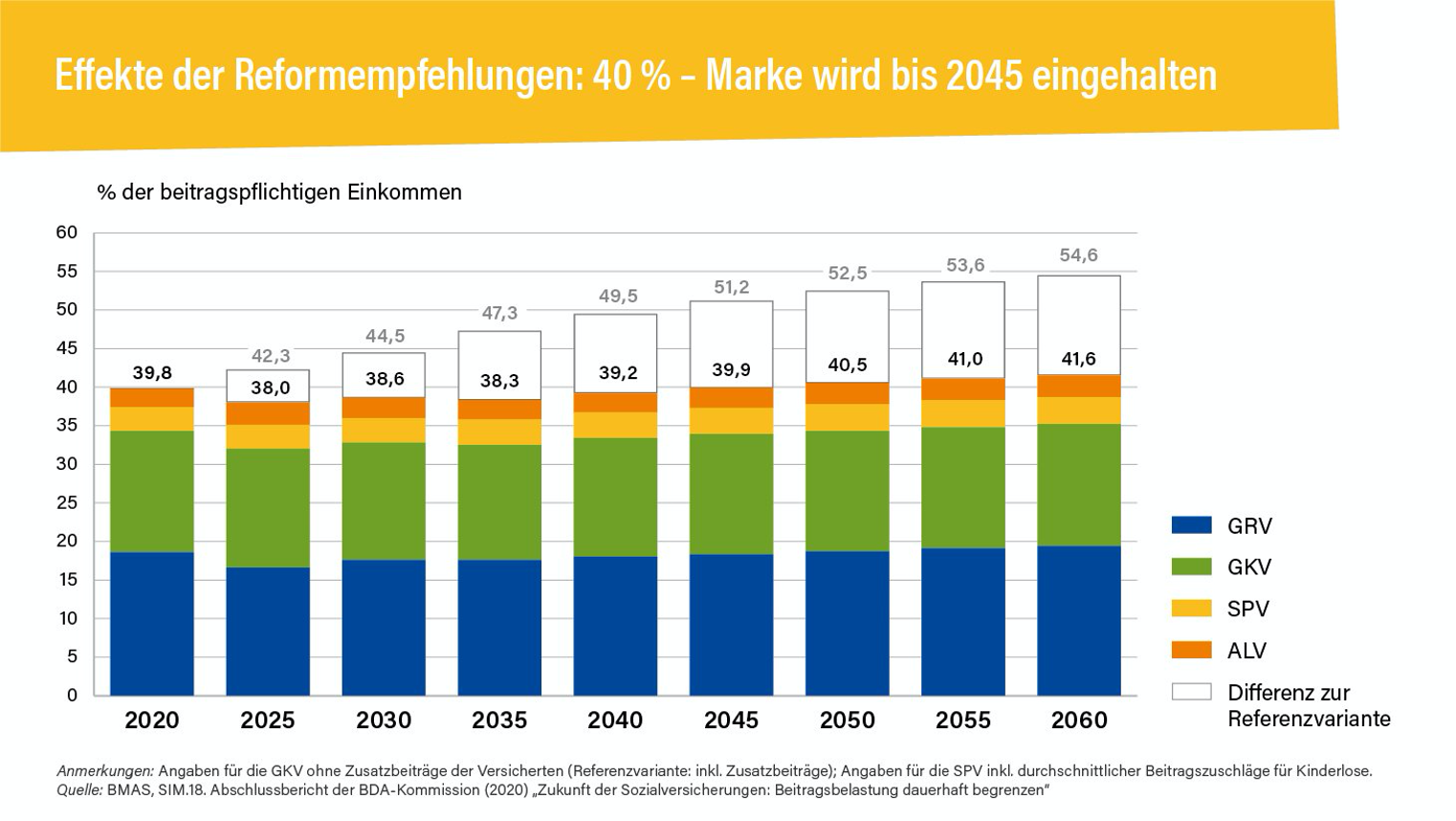