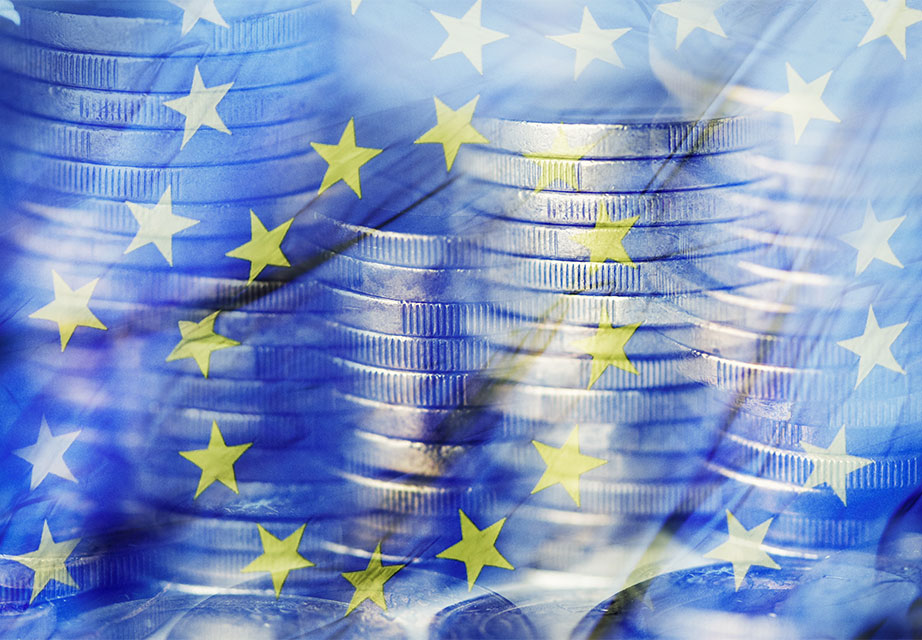 The European debt crisis has shown that it is necessary to make the economies of the EU states more globally competitive and to prevent undesirable economic and fiscal policy developments in the EU member states at an early stage. In response to the crisis, the EU has introduced important new instruments and procedures for closer economic, fiscal and employment policy coordination with the legislative package on fiscal and economic governance ("Sixpack"), the Euro Plus Pact and the Fiscal Treaty. All procedures were brought together under the umbrella of the so-called European Semester and coordinated in terms of timing.

The European Semester is a cycle starting in November each year and covering all elements of reinforced economic policy coordination. These range from ensuring budgetary discipline to macroeconomic surveillance and promoting growth. The European Semester makes an important contribution to ensuring that necessary economic and social policy reforms are actually implemented at Member State level and that growth and employment are strengthened.
Greater coordination of national economic and social policies at EU level is urgently needed to ensure the convergence of European economies towards improved international competitiveness and to be able to compete with emerging economic powers. Macroeconomic undesirable developments such as real estate price bubbles or persistent current account deficits in individual member states have not been corrected consistently enough in the past. However, unresolved structural problems in individual member states can lead to considerable risks for the macroeconomic stability of the eurozone and the EU as a whole. With the help of the procedure for the prevention and correction of macroeconomic imbalances, such undesirable developments in the member states are to be identified and corrected at an early stage in the future.

The massive loss of competitiveness of some Member States due to excessive increases in unit labour costs was part of the cause of the crisis. It is therefore right that the procedure for preventing macroeconomic imbalances also provides for the monitoring of unit labour cost developments in the Member States. Coordination in this area should take into account all factors relating to unit labour costs, including in particular flexibility, productivity, regulatory frameworks and taxes. Under no circumstances should it lead to interference in national wage-setting and the autonomy of the parties to collective agreements. It is the responsibility of the collective bargaining partners to ensure in the Member States that wage setting takes international competitiveness into account.

In 2017, the European Commission, the Council of the EU and the European Parliament jointly proclaimed the so-called "European Pillar of Social Rights" (ESSR). This is a non-legally binding political declaration of intent that aims to strengthen the social dimension of the EU. It includes 20 principles on equal opportunities and labour market access, fair labour market conditions and social protection and social inclusion. The problem here is that many of the principles fall under the competence of the member states or the social partners and the EU has no competence for them. Therefore, the ESSR must not be used as a legitimising basis for European legislation in the field of social policy, although this has happened repeatedly since then. The European Semester is intended to act as a central monitoring tool in the implementation of the Pillar. In particular, the country reports that the Commission produces for each Member State as part of the Semester have therefore included a so-called social policy scoreboard since 2018. This measures and compares Member States' performance in the employment and social spheres on the basis of 14 indicators. The indicators include, for example, the employment and unemployment rates, the average net income and the rate of people at risk of poverty or social exclusion.

Ensure the involvement of the social partners

As the social policy scoreboard makes clear, reinforced economic policy coordination touches on many areas that fall within the competences of the social partners, first and foremost employment policy. Coordination of these issues therefore requires appropriate and early involvement of the social partners in the European Semester. This requires consultation of the social partners both at European level by the Commission and the Council and at national level by governments. This involvement must take place in good time so that the results can actually be incorporated into the decision-making process. In order to avoid duplication of structures, no new bodies should be created at EU level, but existing social dialogue institutions - in particular the Social Dialogue Committee - should be used. In order for social partners in all Member States to be able to participate effectively in this context, it is crucial that the EU supports appropriate capacity-building measures in those countries where social partner structures have so far been underdeveloped. The European Semester can itself make an important contribution to this and has already increasingly taken this aspect into account in country reports and country-specific recommendations in recent years.

Initiatives of the BDA

Theprocedural steps of the European Semester:
Every year in the autumn, the European Commission presents the Annual Growth Survey, in which it identifies the financial, economic and employment policy challenges in the EU and recommends priority measures to address them. Based on this report, the European Commission publishes comprehensive country reports in February, which since 2019 have been complemented by separate analyses of Member States' investment needs (Annex D). Member States are invited to take into account the guidelines of the Annual Growth Survey and the analyses of the country reports when preparing their National Reform Programmes (NRPs) and to set out in them the measures planned or implemented to strengthen growth, employment and competitiveness. On the basis of a Commission proposal, the Council of Finance and Economy Ministers (ECOFIN) adopts country-specific recommendations in June, which are finally endorsed by the European Council. 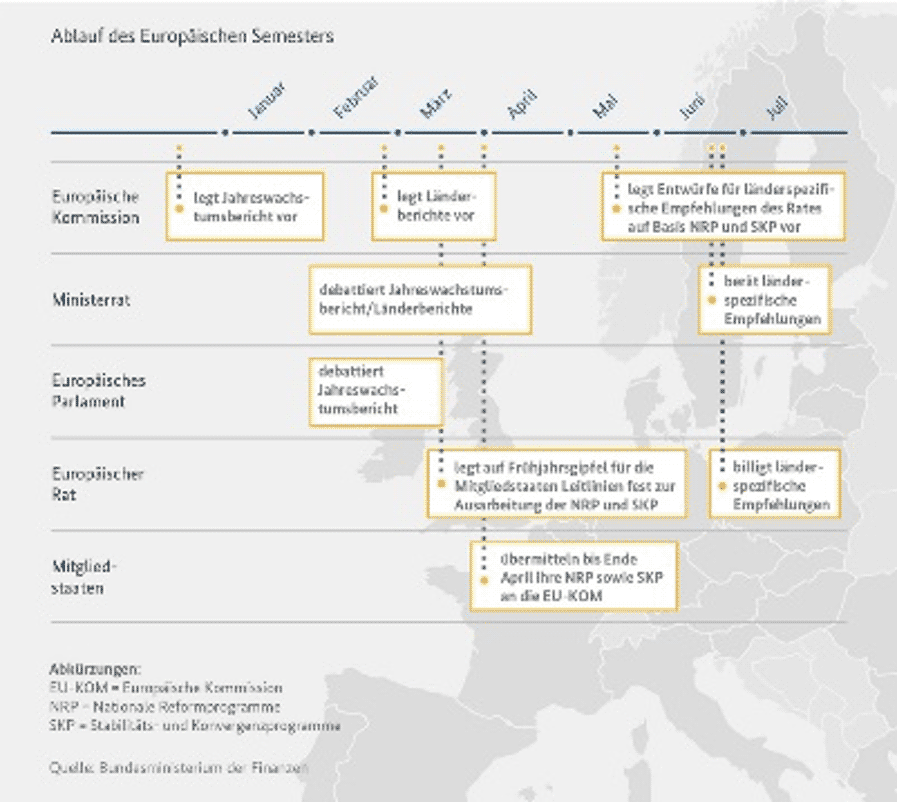